How the ESRF is using Zetamix for high temperature sample environment 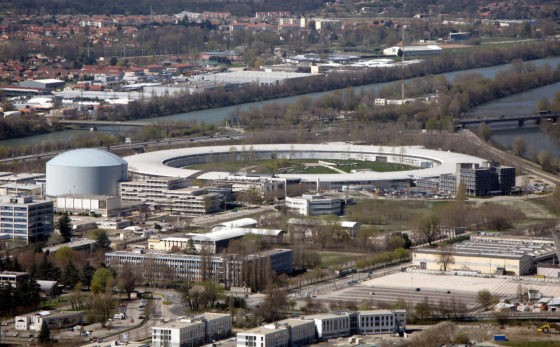 A synchrotron is a particles accelerator that generates one of the world’s most intense X-ray source, 100 billion time brighter than X-ray used in hospitals. Thanks to this technology, scientists are able to analyze the structure of matter down to the atomic level. Located in Grenoble, France, the ESRF is the result of the cooperation of 22 nations. Each year, more than 9000 scientists come to ESFR and use one of the 43 beam lights for their experiment. Most of these experiments require specific sample environment (cryogenic, high temperature, in situ chemical reactions) and high reactivity from the staff while experiments are running (as beam time is precious and allocated months or year in advance). This combination explains the need for custom parts made in technical material in less than a few days at the ESRF.

Carlos and Yves are designing prototypes and on demand pieces every day. Finding an industrial partner able to produce small quantities, even for plastic parts, is complicated. Zetamix technology and more extensively 3D printing provides them autonomy and versatility: It is the easiest way to produce sample holders, heating elements, gas blowers components and other parts on demand. Already equipped with Prusa 3D printer for prototyping in plastic, Carlos and Yves account among our earliest customers to use Zetamix, the first ceramic and metal filaments suitable with FFF 3D printers

Carlos Cosculuella and Yves Watier work for the Samples Environment Service and are specialized on extreme environment. Their daily mission is setting up equipment adapted for experiments on very low or high temperature environment. Not also their presences are crucial to troubleshoot scientists with deficient devices but, above all, to create new instrumentation and improve the quality of experiment.

Zetamix filaments are convenient to produce ceramic samples in a record time. “Some scientists planned one week of experiment one year in advance. Their time on the synchrotron is precious, they can’t afford wasting time with equipment troubles” said Yves.

For example, Yves was solicited once by a scientist who needed to hold his sample on a heating resistance. The experiment was already ongoing, but the initial sample holder, made of stainless steel, was too much heat conductive, and thus, the sample was not at the targeted temperature (see Figure 1 and 2). The part requested was very simple, basically a flat washer in ceramic with five holes and a chamfer, but impossible to get in ceramic in less than one month.

“The scientist needed this part as fast as possible, in order to save his allocated beam time. Thanks to Zetamix, we designed, printed and debinded it the day he asks us for help, we sintered it during the night and made our test the day after. 32 hours after his request, the sample holder was ready to use” (see picture 1)

Process : a complete part obtained in less than a week 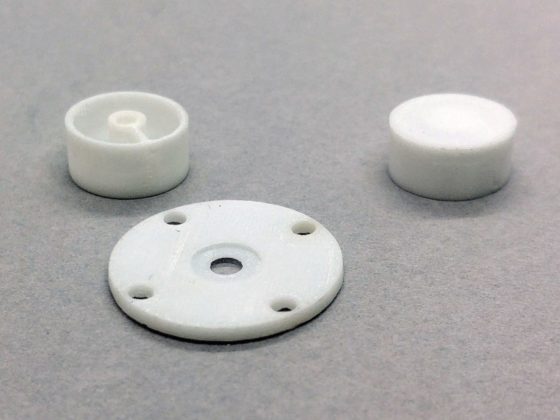 Thanks to Zetamix filaments, this issue was quickly and easily solved. Zetamix is the very first brand producing ceramic filaments compatible with regular 3D printers that makes it possible to obtain ceramic products with a homogeneous microstructure and a density >99%. Inspired by regular injection ceramics processes, parts are obtained in three steps : shaping -or in this case printing, debinding and sintering. Dr. Julien Sourice, head of the R&D at Nanoe, designed a blade adapted to his needs and printed it. To maximize the efficiency of the tool, he added details and adapted its size to perfectly fit his containers. Combining wear resistance and chemical stability, zirconia is a good ceramic material for this kind of use. Julien therefore chose Zetamix White Zirconia filament to print his blade. By adding details, studs and holes on the blade, Julien made the dispersion turbine light and efficient and created a part that is impossible to manufacture by molding or any other traditional way. Zetamix technology is the only one that enables the creation of complex ceramic designs with a low investment-cost.

Finally, Nanoe benefits daily of the advantages of Zetamix technology. By customizing its tools for powder production, Nanoe is improving its processes and is no longer depending on OEMs or tool manufacturers. This allows important resources savings in terms of negotiating time, money and logistics.

Zetamix technology: the solution for cutom made parts 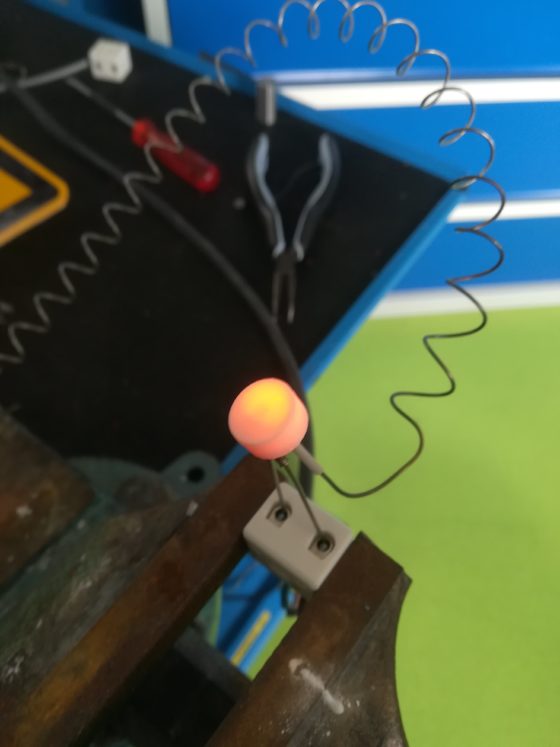 For many experiments, the ESRF needs to use a sample carrier equipped with resistance, called heating cartridge. Standard products for this need are quite expensive, and only in standard sizes and power. Carlos and Yves needed tailor made heating cartridges, and haven’t other choice than making them by themselves.

Before using Zetamix technology, the process of fabrication of this part was pretty complicated. Carlos and Yves used to cast a refractory cement in a plastic mold to trap the resistance. However, the resistance was likely to move while the cement was drying, triggering default on the sample carrier that make it unsuitable or dangerous to use. When the plastic mold was removed, some parts of the resistance could outreach the shape on cement. This difference of environment made a stress on the resistance that could shorten its time of use, and could generate some sparks. Not only this process was long, but it could fail and the final cartridge had a limited time of use (see picture 6 and 7).

Thanks to Zetamix, they easily succeeded to cope with this problem. They have designed a shell that perfectly fitted the resistance shape, and instead of adding a divider to separate the different electrical connections, they have modelized it with the rest of the object. When the cement casted, the resistance cannot move and they don’t have to remove the mold, which is now part of the final cartridge.

Zetamix also allows for a very wide range of sizes, shapes, in and out electrical connections, holding fixtures…

Standard and manual assembly vs Zetamix for heating cartridges

Pictures 6 and 7. Heating cartridge assembled by hand vs printed by Zetamix 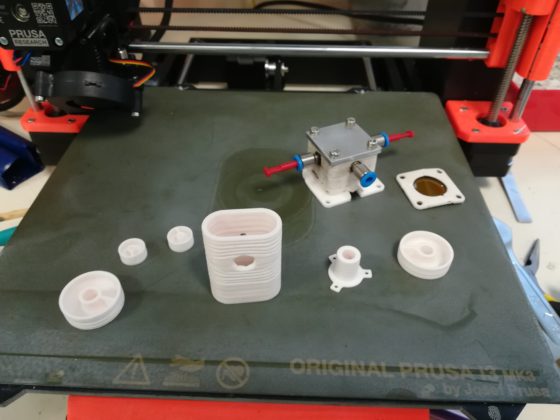 In addition to being time and money saving, Zetamix filaments user gain access to a remarkable versatility. Not only it allows Yves and Carlos to improve their regular equipment but it is also an opportunity to try new designs and to create new sample environment, much more adapted to scientists’ use.

“We are working at the moment on much more complex designs, for full environment control using Zetamix. For instance, we have the project to produce a water-cooled micro furnace, with inner channels for cooling, reactants and temperature measurement. That kind of part is not ready yet, but when it will be, it will improve greatly the quality of analysis for some specific experiments. And of course, this could not be done with any other technology.”